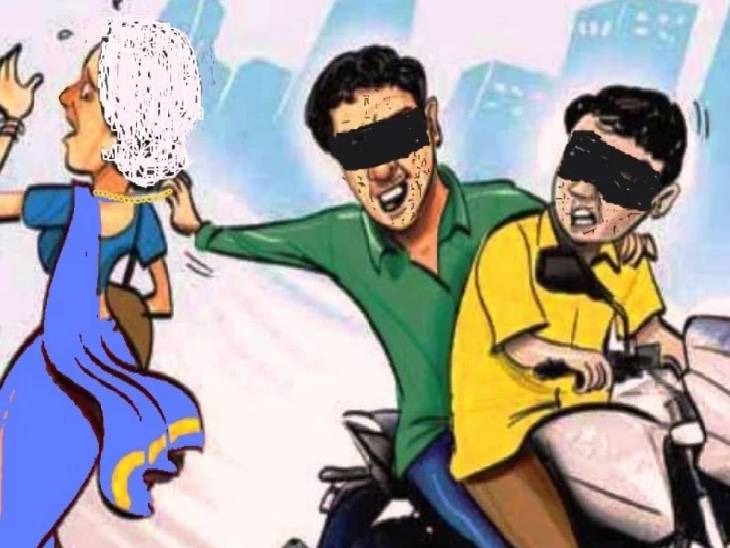 Only 25 cases of robbery have been registered during 5 months.

Not only this, this year the police is trying hard to curb crimes with impunity. Last year, the police had arrested only 13 accused in robbery cases, challans in 7 cases and FR in 5 cases, while last year 25 cases were pending. But if you look at the figures of this year, in the last 5 months, the police has arrested 19 accused in robbery cases and sent them to jail. So far, challans have been presented in 6 cases, while FR has been imposed in 5 cases. At the same time, only 14 cases out of 25 are pending.

In this way, in more than half the cases, the police have completed their proceedings. In this regard, District Superintendent of Police Shyam Singh said that special arrangements have been made by the police to prevent the incidents of robbery, patrolling system has been made effective during day and night. Intensive checking campaign is being conducted.

Municipality took action against only one school under Right to Education Act – Marathi News | Only one school was taken action by...

Do you know how cattle smuggling is done in West Bengal by the hands of Anubrata Mandal butcher of Mamata’s ruling Trinamool Congress? ...

MGNREGA: Telangana employment guarantee is a shock to laborers.

Mood of Survey: Jagan Prabhanjana again in AP. In Andhra Pradesh If Elections Are Held By Now YSR Congress Party Will Win In...

The Humane Society says inhumane traps are being used in the Kitchener area to harm wildlife. Pipa News

NEPRA approves hike in electricity rate by Rs 9.90 per unit