The hypocritical accusations of the government are proof of Imran Khan’s honesty: Umar Sarfraz Cheema 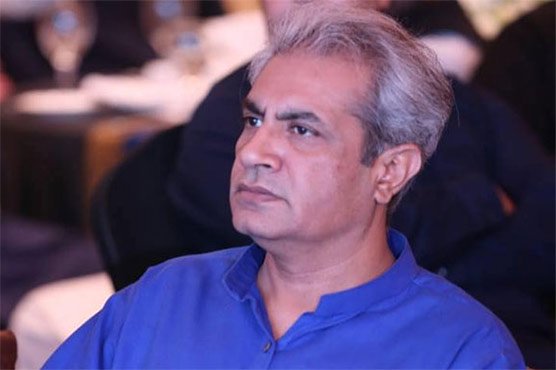 Lahore: (Web Desk) Punjab Government Information Advisor Umar Sarfaraz Cheema has said that in the drunkenness of getting NRO 2, PDM did not even remember the flood victims, even earlier, the people of the government visited the flood victims only for a photo session. were gone
Umar Sarfaraz Cheema said in his statement that he is trembling while confronting Imran Khan in the political field, even by pushing his heels, the worst opponents could accuse Imran Khan of watch and mineral water, Shahbaz Zardari government’s hypocrite. The allegations are revealing the honesty of the captain.
The Information Advisor said that Imran Khan protected every penny of the country and the nation, be it foreign trips or domestic expenses, Imran Khan saved every single penny of the nation, Imran Khan’s entire focus was on the development of the country, public relief, Focused on self-reliance and self-reliance, the spirit of public service was that during the PTI era petrol was worth 150 rupees, dollar was 178 rupees, unit of electricity was 16 rupees and the country’s economy was growing at the rate of 5.9 percent.

Why did Sona Chandi’s Irfan Hashmi suddenly leave showbiz and...

Bilawal Bhutto condemned the murderous attack on Head of Mission...

The Prime Minister welcomes the extension of Saudi Arabia’s $3...

Strict action will be taken if these songs are broadcast from now on.. Govt orders FM channels Pipa News

Photo shoot! Gajraj suddenly got angry, then he will be shocked to know what happened Pipa News