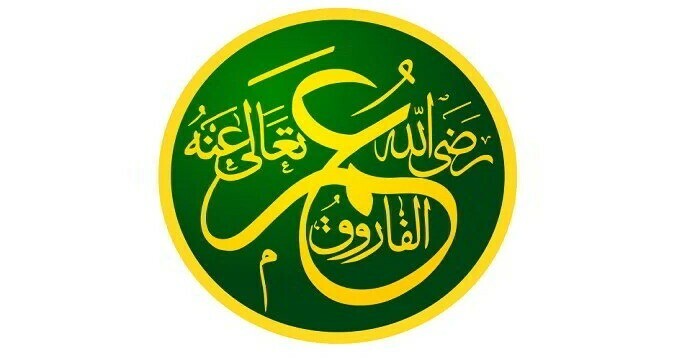 Who created an unparalleled system of justice, established an ideal welfare state, ruled over an area of ​​2.2 million square miles, the conqueror of Bayt al-Maqdis, in whose name and who remained the second caliph, Hazrat Umar Farooq. )’s martyrdom day is being celebrated today with devotion and respect.

The first day of the Islamic year is the 1st of Muharram al-Haram, the martyrdom day of Hazrat Umar Farooq, the second caliph.

Hazrat Umar accepted Islam in the sixth year of Prophethood, the caliphate of Hazrat Umar lasted for 10 years, 6 months and 10 days. Qaiser and Kisari came to an end during the reign of Hazrat Umar, who established an unparalleled system of justice.

Sayyedna Farooq Azam, a very close friend of Muhammad Arabi (peace be upon him) was born in Makkah thirteen years after the incident of Fail.

He accepted Islam at the age of thirty-three in the sixth year of Prophethood. Seven years in Mecca, and ten years in Medina, he was a close friend of the Prophet and participated in all the Prophet’s campaigns.

About Hazrat Umar Ibn Al-Khattab, the Holy Prophet (peace and blessings of Allah be upon him) said, “The path that Umar takes, Satan leaves that path.” If there was a prophet after me, it would be Umar.

Hazrat Umar Farooq, may God bless him and grant him peace, established the Islamic Caliphate for ten years, six months, and ten days. The two great empires of Caesar and Kasra ended during the reign of Hazrat Umar.

Farooq Azam became the conqueror of Bait-ul-Maqdis. The Ahl al-Bayal were frightened by your continuous conquests.

Martyred in Madinah on 1st Muharram twenty-three Hijri by the attack of a Magi Feroz Abululu. His burial took place in the holy shrine of the Holy Prophet (peace be upon him).

Putin officially signed the law on the integration of Ukrainian...

A video of a snake climbing a wall in Arizona...

Illegal transfer of funds from foreign countries, case registered against...

If Parliament abolishes the NAB law, what will the Supreme...

Why did the video of the motorcycle thief go viral? ...

A storming of the capital will not be allowed, coalition...

66 children died after drinking medicine from India: WHO ordered an investigation against the company Probing Indian Cough Syrup After 66 Children Die...

Artists to have ‘funeral’ after fire in cathedral quarter Pipa News