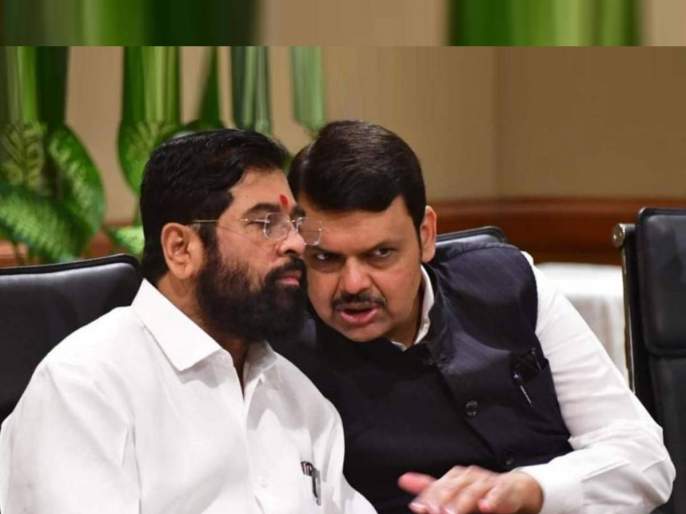 Accusations are going on between Mahavikas Aghadi and Shinde-Fadnavis government in the state. On the other hand, a hearing is going on in the Supreme Court regarding Shiv Sena’s identity. Yesterday, a hearing was held in the Central Election Commission regarding the bow and arrow symbol. Against this backdrop, today Congress leader Nana Patole has stated that the Shinde-Fadnavis government in the state will collapse on February 14. This is now being discussed in political circles.

Congress State President Nana Patole is on a visit to Akola today. Speaking on this occasion, Patole claimed that the Shinde-Fadnavis government will collapse on February 14. Nana Patole said, “This government in the state is an unconstitutional government, the verdict will be given on February 14 on the ongoing hearing in the Supreme Court. We have faith in the court.

Talking about Congress leader Balasaheb Thorat, Patole said, his role is not yet ambiguous, it is only a discussion in the media. Nana Patole also said that it is not known whether he will be campaigning as he has met with an accident, but he will be with the party.

Hearing before Election Commission regarding Bow and Arrow symbol

After 40 MLAs along with Chief Minister Eknath Shinde revolted from Shiv Sena, two factions have fallen in Shiv Sena. Now both groups have claimed Shiv Sena as ours. The matter is now being heard in the Supreme Court, on the other hand, both the groups have claimed for the bow and arrow symbol. Hearing in this matter is going on in the Central Election Commission. Meanwhile, in today’s hearing, Thackeray group’s lawyer Kapil Sibal has demanded an extension for the post of party chief.

A hearing has started before the Election Commission on whether the Dhanushyaban symbol belongs to the Shiv Sena’s Thackeray group or to the Shinde group. At the hearing, Kapil Sibal said, ‘According to the constitution, there is no representative meeting of the Shinde group, Thackeray group’s lawyer Kapil Sibal has demanded that the national executive should be given a raise or an election should be held.

On this occasion, Kapil Sibal compared the legislature and the political party. Information about the strength of the legislative party was given before the Election Commission. Kapil Sibal has also argued that according to the constitution we have the representative assembly.

Initially, Thackeray group’s lawyer Kapil Sibal argued before the commission. Kapil Sibal said, the split in Shiv Sena is unimaginable. Shinde group is not reality. Shiv Sena under the leadership of Uddhav Thackeray is the real Shiv Sena. There is no split in Shiv Sena. The MLAs who have walked out have walked out of their own free will. Those who left the party belong to a different group. Shinde Group is not Shiv Sena. Shiv Sena split has not affected the party. This split should not be taken for granted. It may be imaginary. Kapil Sibal started reading the constitution of the party.

In the case of abducted minor girl, Harsimrat Kaur attacked...

Allegation of corruption against two Trinamool leaders, Uttarbanga Sambad is...

CNG Rate: Relief for Mumbaikars Ahead of Union Budget; ...

Protest demanding cancellation of outsourcing system and permanent employment of...

Allegation of corruption against two Trinamool leaders, Uttarbanga Sambad is the same faction of Nalisa party against the Chief Minister Pipa News