The Speaker of the National Assembly escaped from his constitutional responsibility today, Shah Mehmood Qureshi 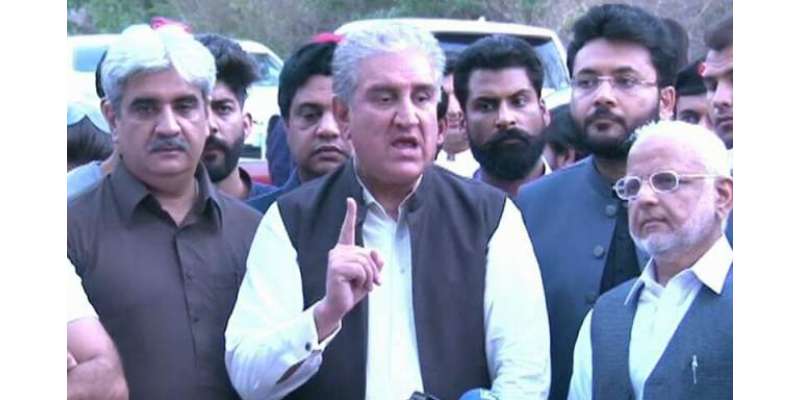 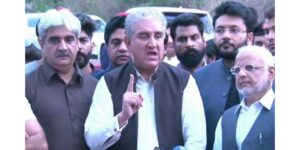 ISLAMABAD (Quadrat Daily) Vice Chairman Tehreek-e-Insaf Shah Mahmood Qureshi says that the Speaker National Assembly escaped from the constitutional responsibility today, the Speaker proved by his actions that he is not the custodian of the house but a representative of a party. According to the details, when the leader of Tehreek-e-Insaf came to the Parliament to meet the Speaker of the National Assembly, he was prevented from entering the Parliament.
Former Foreign Minister Shah Mehmood Qureshi said in a media interview that the Speaker wrote a letter to the National Assembly on the issue of acceptance of resignations, in response to which he said that he cannot accept mass resignations. D-notified. He has no attention on public issues, PDM’s allies are angry with him and there has been a crack in their ranks, we have been put to the test in Punjab.
When we decided to return to the National Assembly, they postponed the meeting. Shah Mehmood Qureshi said that 35 members were de-notified during the ongoing meeting, the remaining members were brought with us, the rulers are nervous and the rulers do not want to face the people. Under the arrangement, the rulers Want to run the system, will prolong the assembly as long as their cases are there.
The former foreign minister said that the case against another political figure was closed yesterday, his ally boycotted the elections in Karachi. While Fawad Chaudhry said that we are standing in front of the helpless and forced Parliament, the Speaker used to say that they will accept the resignations by calling one by one, not the position of the Speaker, these are the people for whom the chairs were lowered, in the country. The economic situation is in front of everyone, the institutions are requested to reconsider their decisions.