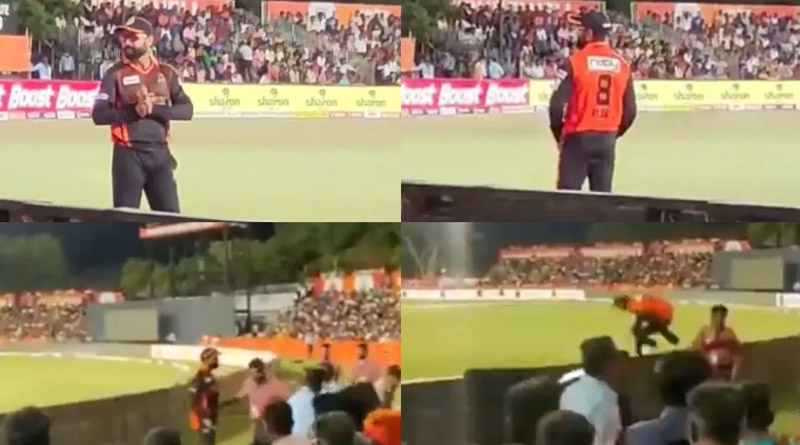 News Daily Digital Desk: Murali Vijay lost his temper in the playground. He lashed out at the fans during the match. He grumbled with a supporter. Virtually the situation was created! The video of the entire incident has spread on social media.

But why did he burn like this? So let’s talk about it a little more openly. Indian opener Murali Vijay is currently playing for Ruby Trichy Warriors in the Tamil Nadu Premier League. He made a comeback in professional cricket this season. The incident was last July 24. He was then fielding on the boundary line for the team at the SCF Cricket Ground in Salem. Vijay fielded as a substitute against Madurai Panthers. Just then Dinesh Karthik’s name was heard coming from the gallery. A group of spectators kept shouting ‘DK…DK…’.

At first, Vijay very humbly asked the audience to calm down with folded hands. But it didn’t help. On the other hand, the screams doubled. And then he lost his temper. The viral video shows the star batsman hitting the boundary towards the audience. He got into a fight with a supporter. Other supporters also came forward. When the situation became heated, the field security guards rushed. It can be seen that Vijay returned to the field at the top of the boundary.

Murali Vijay’s Fight with Crowd, Crowd also Fight back with Vijay and sent back to the ground.#TNPL #CricketTwitter pic.twitter.com/9vSgmyMzTK

Actually Karthik’s first wife Nikita Banjara is Murali Vijay’s current wife. It is heard that Vijay had developed a love relationship with Nikita. Later, when Dinesh and Nikita got divorced, Nikita started a new family with Vijay. Meanwhile, Karthik married squash player Deepika Pallikal. Supporters drag this family relationship into the field. And at that Vijay lost his temper.

The teacher removed the student’s school uniform, made her stand in her underwear for 2 hours Pipa News