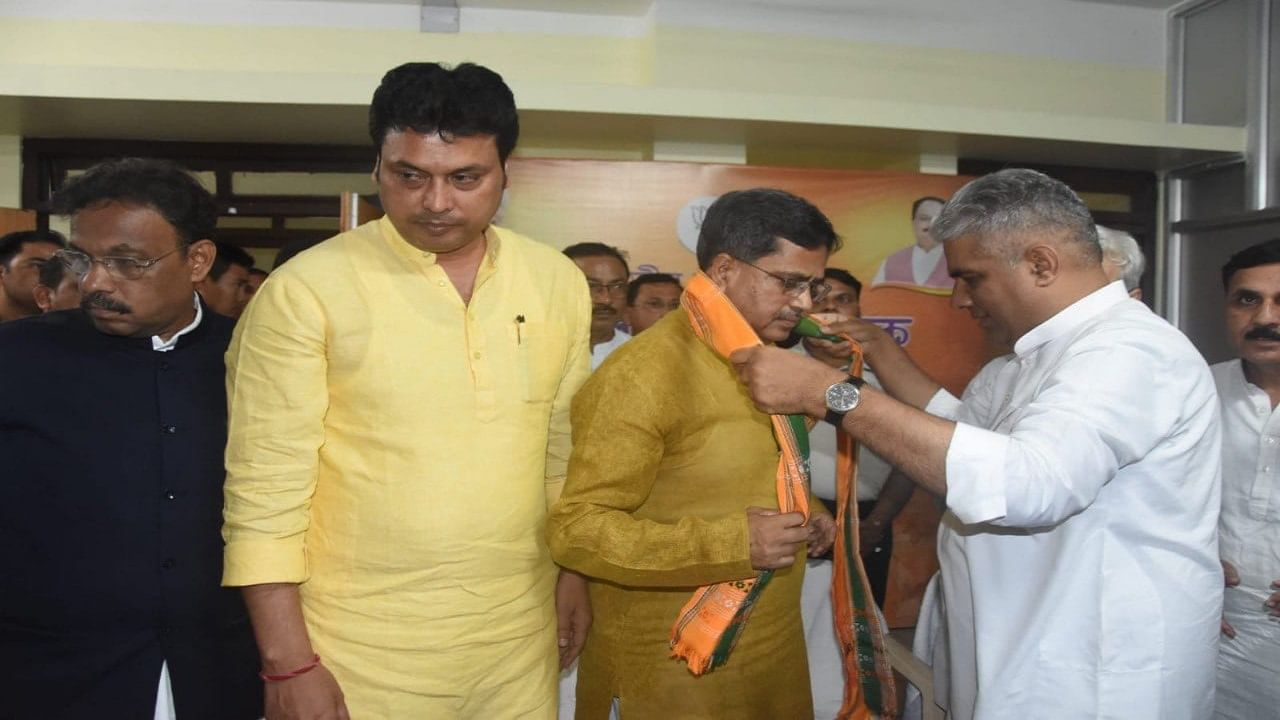 Tripura CM Manik Saha: After the resignation of Biplab Kumar Deb, it has now been decided to make the BJP Tripura chief as the new Chief Minister in Tripura.

BJP Tripura chief and Rajya Sabha MP Dr Manik Saha (Dr. Manik Saha) has been elected as the new Chief Minister of Tripura. Biplab Kumar Deb (Biplab Kumar Deb) resigned on Saturday afternoon. After this, a meeting of the legislature party was held for the election of the new Chief Minister, in which the name of Manik Saha was stamped. It is believed that Biplab Kumar Deb may be appointed as the president of the Tripura wing of the BJP. Manik Saha was credited for the victory of BJP in all the 13 civic bodies in Tripura in the elections held in November 2021. He has been made the Chief Minister of Tripura at a time when the state assembly elections are to be held in less than a year.

It is worth noting here that Manik Saha, the new Chief Minister of Tripura, used to be a big leader in the Congress state. In 2016, he left the Congress and joined the BJP. After this BJP saw his hard work and dedication and within four years made Tripura BJP wing president in 2020. Let us tell you that Manik Saha is also a dentist by profession. Through his skillful strategy, he led BJP to victory in the municipal bodies held in November last year. He will lead the party’s fight to retain the BJP government in the state in the next year’s assembly elections.

This news has just broken. We are updating this news. We try to get the information to you first. So you are requested to refresh this page to know all the big updates. Also click here to read our other story.

Assam Floods | The Brahmaputra is above the danger line at Nimati, Kamalabari. What is the water level of the main rivers of...

CBI Raid Lalu Prasad Yadav: Less than a month after his release from jail, the same CBI door; Early morning raid on Lalu...

Then the privatization of ‘BPCL’ was postponed, 2 out of 3 bidding companies withdrew their hands. PiPa News

Kashmiris are turning into minority due to inattention of UN: Resolve Kashmir issue, open door to peace: Bilawal

Why Turkey wants to stop Sweden and Finland from joining NATO

rajya sabha shiv sena: Why is Chandrakant Khaire’s name being discussed for Rajya Sabha ?; These are the concrete reasons – mva support...

Supreme Court Directs Must Give Aadhaar Card To Sex Workers