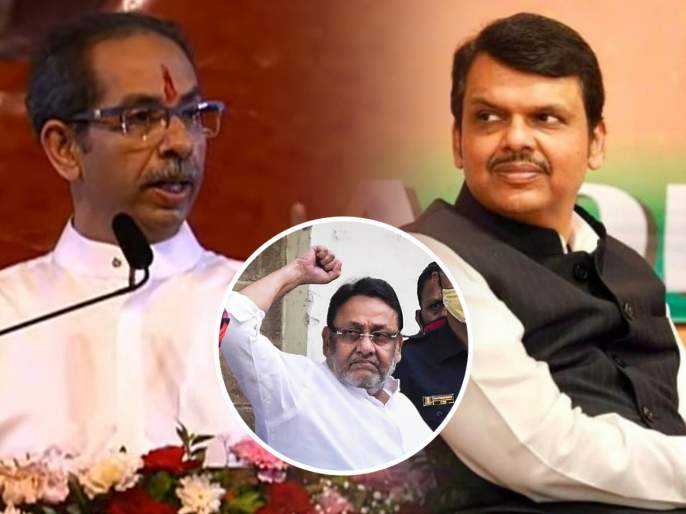 Mumbai: Shiv Sena’s Hindutva is Gadadhari. Devendra Fadnavis called us assholes. But Shiv Sena chief Uddhav Thackeray targeted BJP saying that we released donkeys two and a half years ago. Uddhav Thackeray took the news of MNS along with BJP from the meeting in BKC.

A few days ago, a meeting of Devendra Fadnavis was held. At that moment, a sentence came out of his mouth. He said to make Mumbai independent. Thackeray raised the question as to whether Mumbai is independent or not. What is the connection between BJP and independence? There was no BJP at the time of independence. At that time Rashtriya Swayamsevak Sangh existed. But he did not participate in the freedom struggle, said Thackeray.

Opposition is constantly criticizing Shiv Sena for forgetting Hindutva after going with Congress and NCP. Uddhav Thackeray also commented on this. Yes, we went with the Congress, but it was revealed. We have revealed what we did, said Uddhav Thackeray.

If we went with the NCP, what was the sin and your morning oath? If it had been successful, would Nawab have been sitting on his knees with Malik today ?, Uddhav Thackeray also raised this question.

Revealed what we did. If we went with the NCP, what was the sin and your morning oath? If she had been successful, wouldn’t Nawab have been kneeling with Malik today?

Referring to Owaisi’s meeting in Aurangabad, BJP’s ABC Teams are carried forward. Some are made to lean their heads on the grave, some are allowed to ring the bell, some are given the horn. Saying this in our Sambhajinagar, while mentioning Sambhajinagar, what is the need to change the name, that is Sambhajinagar, said Uddhav Thackeray.

Avadi: RTO inquiry into the wrong decision taken by a woman in 9 months...

Bodies of 3 sisters and 2 children found in the well

Debris of plane, which vanished in the mid sky of Nepal, found near Dhoulagiri,...

The man put his wife to death; Caught in UP going train within 24 hours PiPa News

INS Gomti: ‘INS Gomti’ retired after 34 years, was inducted into the Indian Navy in 1988 PiPa News

In the home series against West Indies, the PCB made temporary arrangements for the training camp