Universities should not become a forum for ideological conflicts: Minister Amit Shah-Dinamani 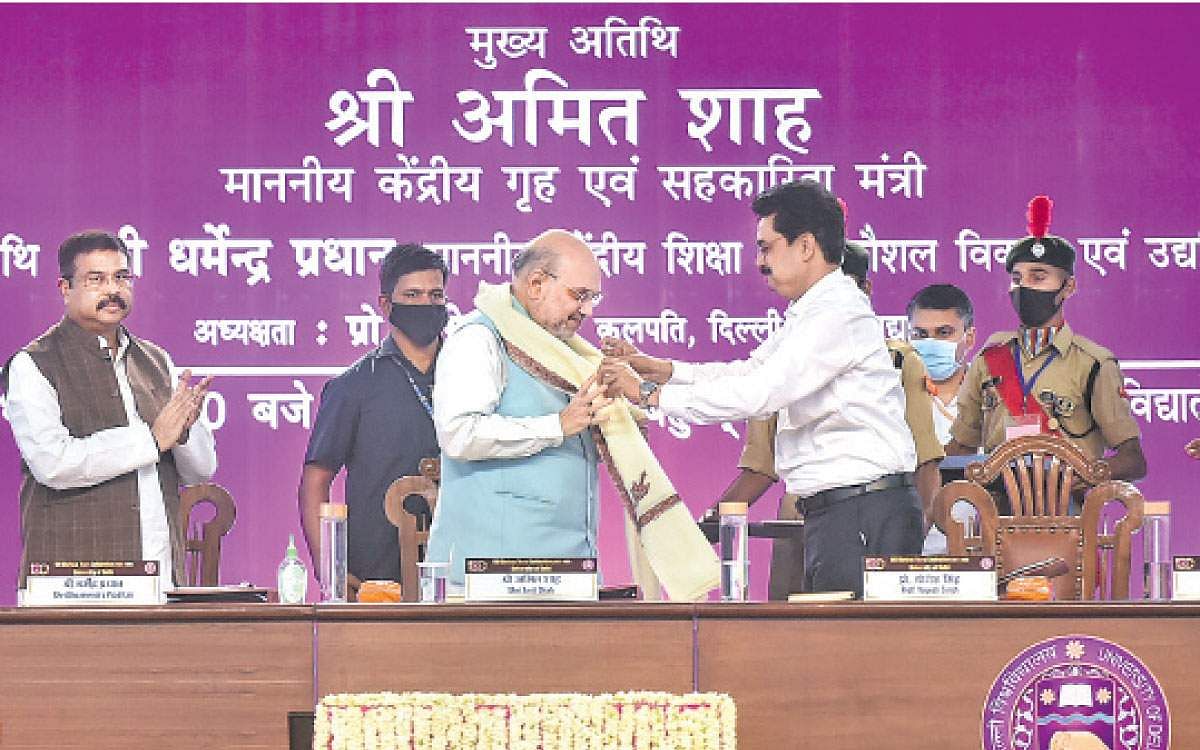 Universities should not become a forum for ideological conflicts: Minister Amit Shah-Dinamani

New Delhi: Union Home Minister Amit Shah has said that universities should not become a haven for ideological conflicts.
He was speaking at the inaugural session of a three-day international seminar at the University of Delhi on Thursday:
If an ideology is the cause of conflict it is not the ideology itself; And that is certainly not the ideology of India. Universities should be a platform for communication; Universities should not become a forum for ideological conflicts. An ideology grows through thoughts and discussions.
No one remembers who destroyed Nalanda and Thattaseela universities. The Nalanda University library is said to have burned for months. But the ideas of those universities live on today.
India never had a security policy until Prime Minister Narendra Modi came to power. Even so, owning one is still beyond the reach of the average person.
Earlier they sent terrorists to attack our country. Similarly, terrorists were sent to carry out attacks in Uri and Pulmawa. But those attacks were followed by precision strikes and airstrikes on terrorists. It showed what a security policy means.
India worships peace; Wants peace. India has good relations with every country in the world. Some say that India is a country of problems. But let us say that our country has the power to solve millions of problems
We hope so.
India has achieved many things under the rule of Prime Minister Modi from 2014 to 2022.
Some talk about the human rights of those involved in terrorist attacks. But there are human rights for those killed in terrorist attacks.
On August 5, 2019, Prime Minister Modi repealed Articles 370 and 35A of the Constitution, which give special status to Jammu and Kashmir. Those who threatened to cause bloodshed following the operation were unable to even engage in education.
Prime Minister Modi has shown how change can be achieved through the process of giving priority to the nation.
The new education policy is commendable. No one opposed the policy, which was welcomed by all.
Learn all languages, including French and Chinese. But if I did not learn Gujarati and Hindi I would not be able to connect with my traditional roots.
It is a matter of pride that the University of Delhi has invited me to express my views. I was confused for a few minutes as to whether to accept this invitation and come here. After that I decided to come here and address.

In the last 24 hours, 2 people have died in Corona in the state and many lotus infections have been reported in one go

Show cause notice issued on the plight of city buses

Amol Mitkari’s shocking claim: “Drugs are being given to rebel Shiv Sena MLAs in hotels”

Another case of polio reported in Pakistan – Health

Two teenagers went down to bathe in the pond and drowned