Vote for the right person without giving in to your desires 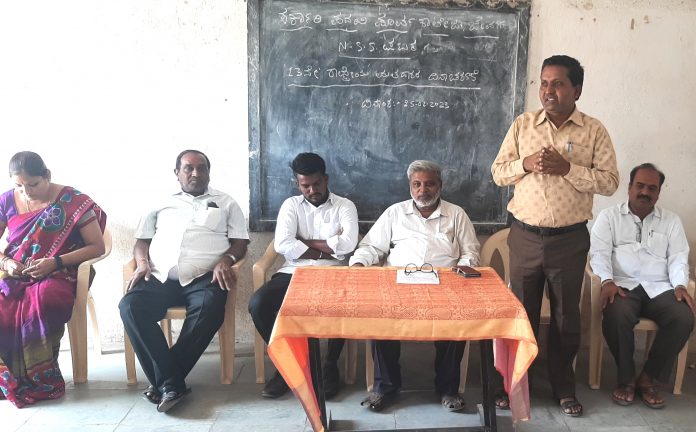 Kalaburagi: Jan 25: Voting plays a very important role in the democratic system of any nation. Voting is the lifeblood of a democratic system and everyone must participate in the voting process. Principal Mohd Allahuddin Sagar said that the democratic system can survive only if people vote consciously and elect the right person without getting into any desires and aspirations.
Speaking after preaching the pledge of compulsory voting at the ’13th National Voter’s Day’ program organized by the NSS unit at the Government Pre-Graduate College near Basaveshwar Circle in Jewargi town on Wednesday, he warned that if you fail to cast your vote in five minutes, you will regret it for five years. .
Inaugurating the program, lawyer Yallalinga B.K. said that if such people’s representatives are elected without corruption, without receiving money or bribes, without corruption, without accepting money or bribes, and electing such people’s representatives, besides strengthening the democratic system, it is possible for the nation to develop.
NSS officer HB Patil, lecturers Rabindrakumar Batageri, Sharanamma Bhavikatti, Naima Nahid, Shankreppa Hosadoddi, Renuka Chikkameti, Jameel Ahmed, Ranjitha Thakur, Samina Begum, P.D.S. Nesara M. Beelagimath, social worker Siddu were present in the program. Surpur, assistants Bhaganna Haranoor, Rahman and NSS volunteers and students participated.

Pakistan: Wikipedia was blocked in Pakistan, why step was taken...

The Quebec hip-hop scene is more bilingual than ever, but the language headache remains Pipa News