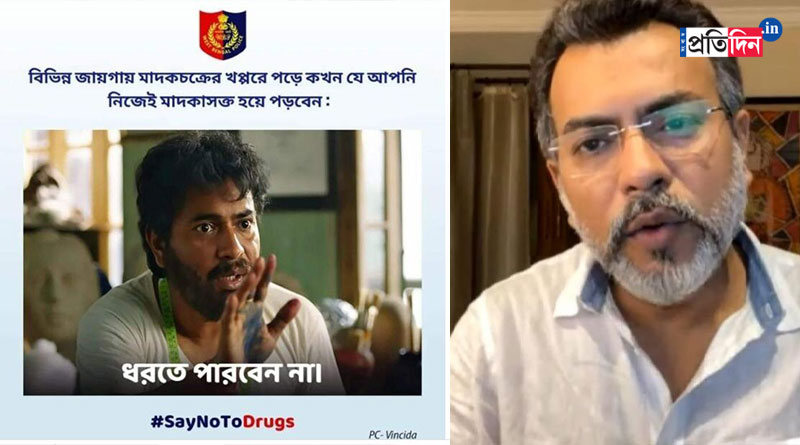 News Daily Digital Desk: Rudranil’s picture in the anti-drug campaign on the social media page of the state police! Using a clip of Rudranil’s Vinchida photo, the state police launched an anti-drug campaign on their social media page. And this is where the heated discussion started in Netdunia. Netizens said, then what is changing the Rudranil team!

From time to time, the Kolkata Police or the State Police, using movie dialogues, movie scenes, sometimes bank frauds, sometimes mobile related frauds, give various posts. Awareness is raised in a fancy way through social media. Rudranil’s picture has been used for that purpose.

Rudranil was also shocked to see the whole matter. He told the media that the government sent police home to suppress the opposition leaders, who used a picture of someone from the opposition camp like me, which is really surprising.
According to Rudranil, the police department is in the hands of Mamata Banerjee. My pictures have been used there. The thought is that the officer will be in charge of this job! 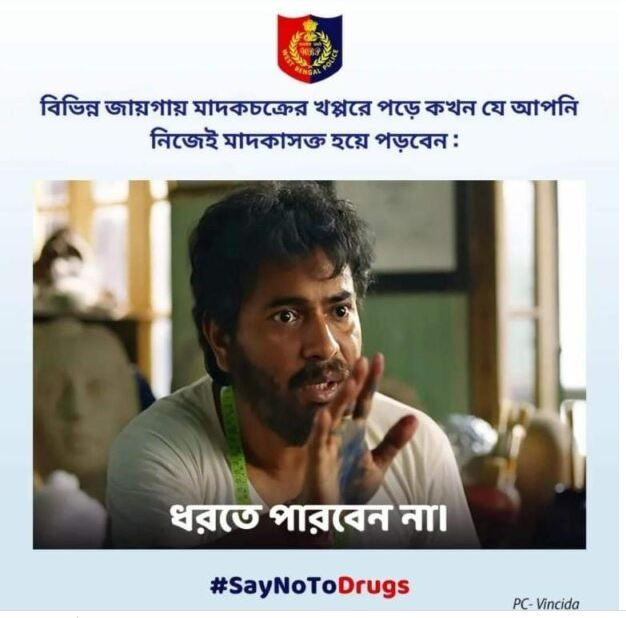 Rudranil Ghosh is already a great hit on social media. The number of his followers is like envy. That is why whenever he makes a statement about the film industry from politics, Rudranil takes the help of social media. And it spread all over the net world holding the hands of the fans. Using the picture of such an actor on the social media page, the social media page of the state police suddenly went into the news. However, due to the controversy, the post was also deleted.

The FASTag system will be abolished, the toll will be the same as the number of kilometers traveled on the highway

India No More Has Chalta Hai Mindset, Now it is Karna Hai and Karenge said PM Narendra Modi | ‘It will continue’ is...

Residents block Benhals Road due to laying of pipeline

The central government canceled more than 6 lakh ration cards – are you on the list?

The East Bengal-Mohun Bagan derby match was played at Medinipur