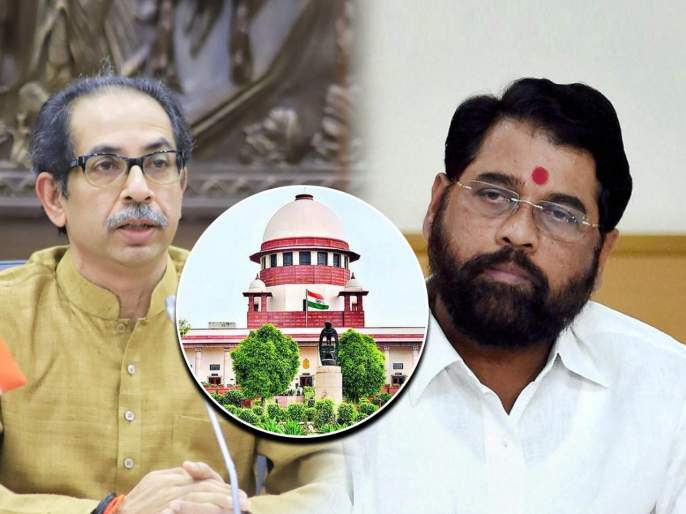 Singhvi questioned the governor’s letter to the Supreme Court after it went viral from his office. The governor made the decision in a hurry. We need more time. Two NCP MLAs are coronated and we have not got enough time. No decision has been taken yet on the disqualification of MLAs. Even so, how about a majority test? “A decision on disqualification will be taken after July 11, after which the majority figure may go up or down,” Singhvi argued.

Advocate Neeraj Kaul is representing the Shinde group while advocate Rajiv Dhawan is representing Narhari Jirwal. The Supreme Court has raised the question as to what is the relation between majority trial and disqualification decision. Also Justice. Is there any rule as to when Surya Kant can do majority test? That was the question asked by Singhvi. The two-majority tests require a period of six months, Singhvi said. More time is needed for the valid majority test to take place. Because if the MLAs become ineligible on July 12, then the votes of the ineligible MLAs will be invalid, said Singhvi while arguing. While arguing, Singhvi has given evidence of Rajendra Singh Rana’s case.

Web Title: What is the connection between majority test and disqualification decision, Supreme Court question to Shiv Sena

Road accident on No 14 National Highway, at least 10 dead

Are Gold Medals Really Gold? Find Out Exactly How Many Grams of Gold are in a Medal

an athlete from shivamogga who was suffering from fever has died

What did the prime minister actually say to Chandrababu? Our leader is number one Anna Vijayasai – News18 Telugu

HD Kumaraswamy ready for a show of solidarity as the elections draw near: Preparing for Thimpappa’s darshan with MLAs | HD Kumaraswamy plans...

Raksha Bandhan 2022 Weather Forecast: Know the forecast of rain in these states on the day of Raksha Bandhan, the latest weather updates

A TDP MLA who says he is a leader with the mind of CM Jagan..? What more? – News18 Telugu