Lahore: The world’s most popular messaging app WhatsApp has now started working on another amazing feature. Under which now users will be able to put their voice notes not only on chats but also on statuses.

WhatsApp beta info says that the app has now started working on the feature of adding voice notes to status for iPhone users. Earlier, it was also reported that this feature will soon be introduced for WhatsApp Android users. However, no final date has been announced yet.

In this regard, Web Beta Info has also shared a screenshot from which it is not difficult to guess how this feature will be used.

It can be easily seen in the screenshot that the voice note will be set just like a normal status and text can also be written along with it. 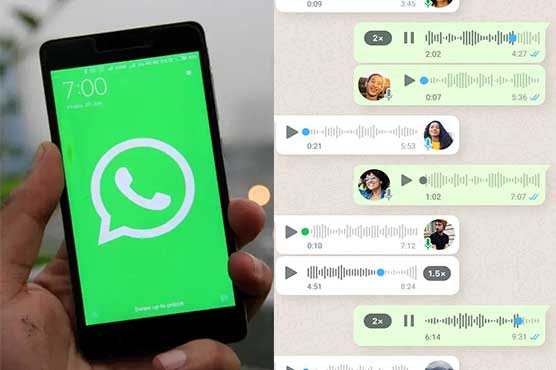 Also, it will be completely up to the user’s choice with whom he wants to share the voice note status. However, initially WhatsApp users will be able to add 60 seconds i.e. 1 minute voice note on status and later its duration can be increased.

No tax on income above Rs 7 lakh, big change...

In the last month, the Rescue Control Room received 6304...

Sunny Leone injured herself on the sets of the film ...

Federal government’s offer to UAE to buy shares of 5...