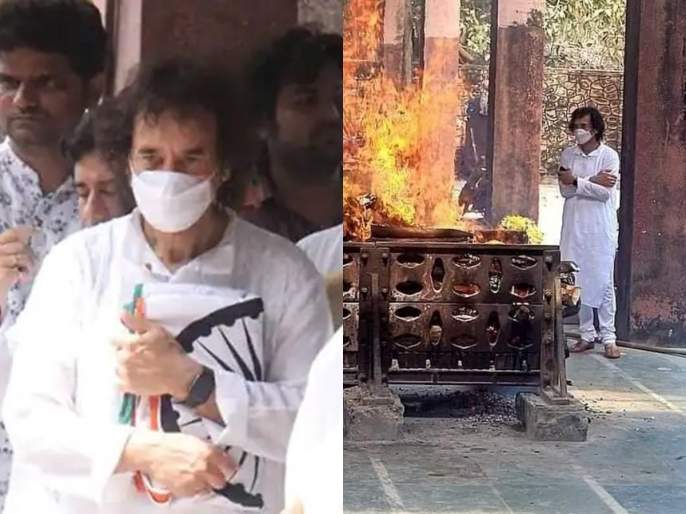 Pandit Shivkumar Sharma passed away two days ago. At the age of 84, he died of a heart attack at his residence in Pali Hill, Mumbai. Subsequently, he was cremated on May 11 in the presence of his family and friends. Veteran actors showed up to pay their last respects to Sharma. One of them is the world famous tabla player Ustad Zakir Hussain. Zakir Hussain’s photo caught the attention of netizens more than other artists and friends.

Ustad Zakir Hussain at Pandit Shivkumar Sharma’s funeral, sending off a friend of many decades. Together they created magic on stage on numerous occasions.

Pandit Sharma and Zakir Hussain have been friends for the last 55 years. When Zakir Hussain was 16 years old, the two had a joint function at Shiv Mandir Hall in Dadar area of ​​Mumbai. Since then, the two veterans have performed together most of the time in their careers.

Terrible swarm of 15,000 bees covered the wall of the house in just 15 minutes

Stunning Prakash plants a kiss on the cheek in Karan Kundrra latest pictures; The actress called him ‘my piece’ PiPa News

Fear of sabotage, fear of citizens due to tight security PiPa News